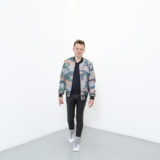 A figure in the new geography of contemporary art and self-styled rootless wanderer, Mircea Cantor creates works – videos, photographs, drawings, sculptures and installations – that are simultaneously poetic, minimal and metaphysical. Mircea Cantor says: “Today, we should be wary of speaking the language of globalization and pandering to global brands. Instead we should be speaking a universal language, which is the very opposite. That is exactly what globalization is destroying.”

Born in 1977 in Oradea in Rumania, Mircea Cantor lives and works in Paris. He is represented by the Yvon Lambert gallery, the Magazzino di arte moderna gallery in Rome and by the Dvir gallery in Tel Aviv