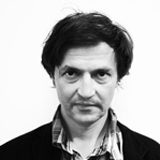 The first word that springs to mind when thinking about Damien Cabanes’s work is solitude. The solitude of his work within his times which, whatever the trends or fashions, imposes itself as an urgent need and as a necessity.

Damien Cabanes is not isolated; he is right at the core of the current international issues about art and the dialogue with artists of every generation, whether close to or removed from his own preoccupations. He is not isolated, he is alone. His work is made without any complacency towards the dominant aesthetics of the moment, which we are meant to make the best of, but ceaselessly pursues pictorial or sculptural territories, favourable to his subject, whatever that might be. His art seeks to put them together so that it appears and unfolds itself in an animated series of surprises and enigmas. This subject is not easy to define. Let’s say, in order to be as synthetic as possible, that it’s “a human thing, supposedly complete” and because of that “infallibly faulty” .

From his first abstract paintings, very quickly spotted by collectors and critics, less by the institutions, we understood how, starting from a heritage – points, lines and planes of a geometric type - Damien Cabanes was taking the side roads via the disturbing use of gaps and irregular strokes or the warmth and extreme vibrations of colour and rhythms generating visions and projections. From the beginning, Damien Cabanes exploded the habitual rules of propriety to construct an abstraction, offbeat and oddball, designed to become the total physical and mental environment of the subject, a “second-skin abstraction” of the body, a “world-abstraction” peopled with singular “characters-shapes” in a theatre of polychrome sculptures.

Therefore, it was quite natural - like in a sort of counterpoint, a counter-rhythm to his first abstract work - for Damien Cabanes to launch himself into a series of self-portraits generated by material and surfaces, not thanks to a stylistic reduction but in order to go, like Alberto Giacometti, Thomas Schütte or Eugène Leroy, to the heart of the person while confronting him, a model simultaneously questioned and revealed by the painting itself.

In the théorie des catastrophes by René Thom, breaks and counter-movements reveal and confirm the structure of the ensemble. They are included in this structure as is this counter-movement in the work of Damien Cabanes who, through art, looks for the radiating aura of the living. This is collected in tiny sculptures as it dilates into the dimensions of the universe. It is expressed through amazing face-to-faces with bodies, “the bodies of others”, who are sitting, talking and falling asleep or through the lines of a landscape sending a great shiver through the world or even through those sculptures born from the observation of a living being, from all its virtualities and its singularities.
Thanks to this position, his statues seem to come from the mists of time, from deep within the subconscious, as if utterly belonging to today. They carry within them the secret of the body and its symbolic aspects. They are fetishes but also very real objects and substances, expressing the complexity of our nature.

Damien Cabanes’s art is the work of a solitary person, unyielding to conventional exchanges. It is a work of silence, perhaps the silence of the greatest concentration of the spirit or the greatest force of the dream. Damien Cabanes’s art is a concrete and dense work, giving form to the secret manifestations of life. It echoes the original core, a space made up of additions or sudden appearances. It grasps the miraculous thrill of existences.

Solitary, singular and silent, Damien Cabanes gives his work greater freedom every day. It is the work that runs the show, fleeing from the ties of circumstance.

Undoubtedly, he dialogues with German, Belgian or Latino American art but, first and foremost, his dialogue is with these works which, whatever their origin, are undivided and indomitable entities echoing their one and only principle.

His paintings, sculptures or installations need to know, in the most authentic manner, what the real is made of.
“The need to know that it is standing there, close by, that the world is not shut off and that we can open it up a little bit from time to time and take a look at it ’. 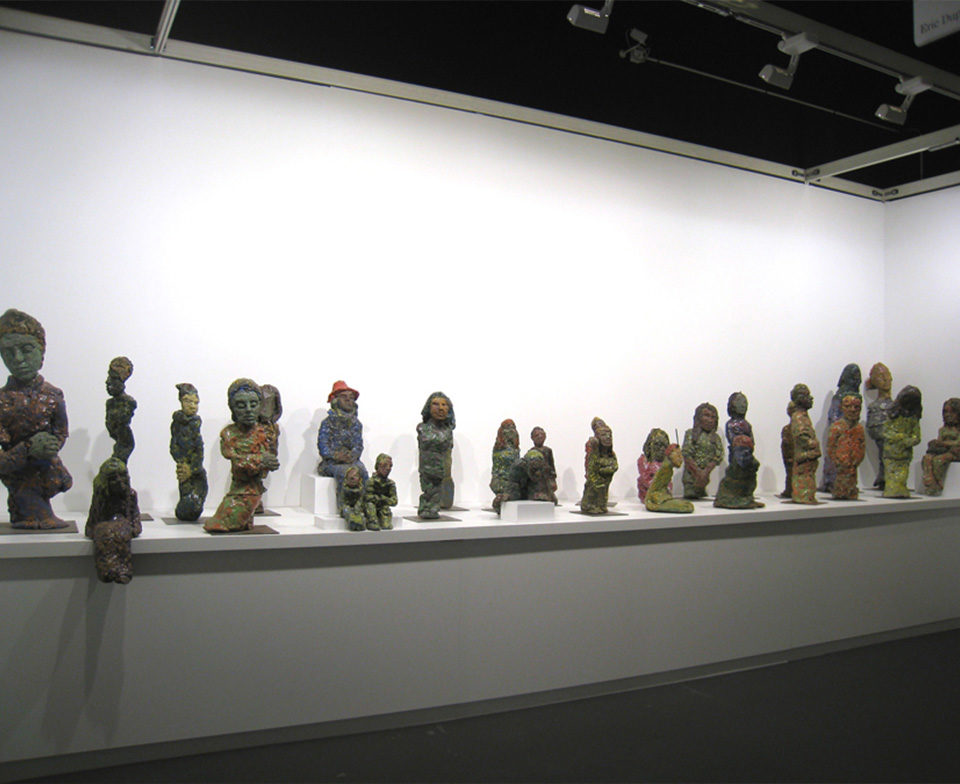